There are many reasons to take a look at some of the best VPNs. Countless providers are all vying for your business. With so many to choose from, how do you decide? TunnelBear VPN is definitely one of the best…

One strong contender is the Canadian provider TunnelBear. It aims to simplify the VPN, making it useful for everyone. Its commitment to protecting your privacy online makes it a great provider. We’ve put TunnelBear through its paces — so, how does it stack up?

Why Should You Trust Us?

As a site, we pride ourselves in covering a wide range of tools that you can use in a variety of settings. We know that everyone has differing needs and priorities. That’s why we have covered a large number of VPN services in the past and will continue to do so. Just have a look at our Best VPN Services page to see what we mean!

Our writers are based all around the world and together we represent a diverse range of views and priorities. It helps us recognize that there is no “one-size-fits-all” approach. We highlight the pros and cons of any tool to help you make the best choice for your needs.

Many people first come into contact with VPNs at their workplace. Used to securely connect you back to your office, they are often complicated, temperamental affairs. TunnelBear cuts through all the complex VPN setup with its remarkable simplicity. 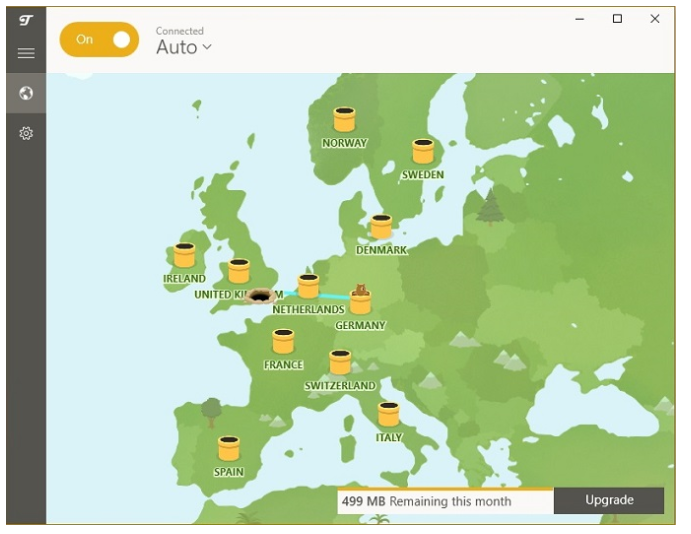 The setup experience is well-thought-out and uncluttered. There are no options to work your way through, and no complicated terminology. TunnelBear’s bear mascot makes a number of animated appearances that actually had me chuckling during the installation. It might seem like a novelty, but it enforces how the company places importance on making the experience friendly, inviting, and simple.

In keeping with the minimalist, easy-to-use aesthetic, once the app is installed it is ready to use without any further setup. Simply choose a server in one of 20 supported countries and you are ready to go. You could even use the auto connection feature that chooses the best performing server.

Here are just a few of the supported countries with TunnelBear servers:

If you want to dive into the settings there are only a couple of options. For more experienced users, this lack of customization may be a point of frustration. However, when the software just works out-of-the-box then there’s no need to add in complexity. It is without a doubt the easiest experience of any VPN provider you are likely to come across.

TunnelBear offers three plans; Little, Giant, and Grizzly. Little is a free plan with 500MB of data per month. Giant offers unlimited data at $9.99/month, while Grizzly offers unlimited data for a year for an upfront payment of $59.88. Grizzly is the best value plan, working out to an equivalent cost of $4.99/month.

TunnelBear proves its credibility as a trustworthy, privacy-focused VPN by offering payment either via card or anonymously using Bitcoin.

Many providers are either free or premium, with little crossover. The general wisdom is that if a service is free, you are the product. As TunnelBear has a premium option it is likely that those services subsidize the free plan.

It’s also worth keeping in mind that 500MB does not stretch far — I used it up in less than two hours of browsing. The free account is probably best used as security when on public Wi-Fi. If you are looking for a more comprehensive solution, you should choose either the Grizzly or Giant plans.

Speed is one of the most important factors when choosing a VPN. If the service dramatically slows your connection down you’ll either end up not using it or losing performance and streaming capability. Fortunately, TunnelBear doesn’t cause any major slowdowns or performance issues. During testing, I only found marginal impacts on speed, even when connecting to geographically distant servers. 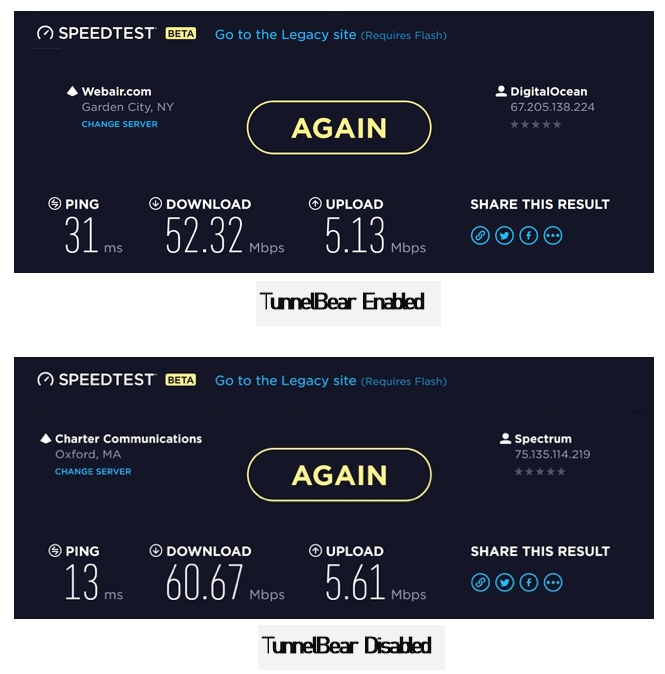 Running a speed test without a VPN provided 60.67 Mbps, while a US TunnelBear server returned 52.32 Mbps. We expect a slight drop in speed, and that’s what we had.

Speed tests are great, but real-world performance is the deciding factor. The TunnelBear connection never got in my way or impacted my browsing. In fact, sometimes I’d forget it was even running.

One of the most popular reasons for a VPN is to access content that is only available in specific countries. By connecting to a UK server while in the US you can access services like BBC iPlayer, which is restricted only to UK residents. Connecting to a US server while on vacation means you can still access Pandora or Hulu. 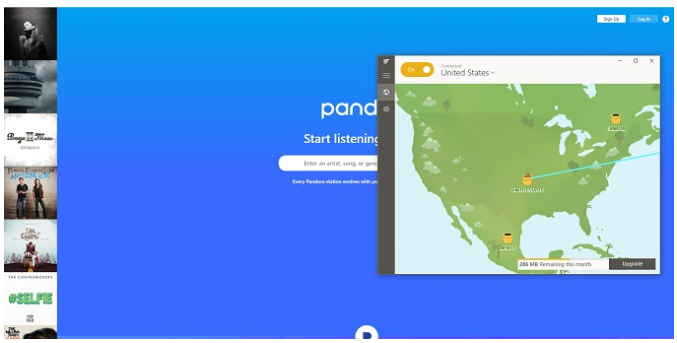 TunnelBear’s regional servers are able to unlock geo-restricted content seamlessly. Since I’m based in the UK, I tested this by connecting to a US server and accessing music streaming service Pandora, which is only available in the US, Australia, and New Zealand. Other services also worked without any issue, with one major exception. Netflix.

This isn’t necessarily TunnelBear’s fault though. Netflix began vigorously clamping down on VPN use after complaints from rights holders in 2016. As a result, there are very few VPNs that are actually able to stream content on Netflix.

Accessing geo-blocked content is an important concern when choosing a VPN, but security and privacy should be the number one focus. Aside from simplicity, TunnelBear’s biggest claims lay down its approach to privacy. Of course, it’s easy to make statements about commitment, so how do its actions hold up?

Unlike some companies, TunnelBear’s Privacy Policy is simple, short, and clear. Everything is explained in plain English rather than in legal jargon. The company does not collect usage logs, and even states:

“TunnelBear does NOT store users originating IP addresses when connected to our service and thus cannot identify users when provided IP addresses of our servers.”

he personal data that it does store is very clearly marked along with a rationale for its collection. TunnelBear even goes to the length of providing examples where the trade-off between performance and data collection occurs. The data created by credit card transactions is kept to the bare minimum to prevent fraud. If providing your financial information makes you a little uncomfortable, there is the option to pay anonymously using Bitcoin.

To protect your privacy and security TunnelBear uses AES-256 encryption to scramble all your data in transit. The company even provides a detailed breakdown of the other encryption and data authentication components. No one will eavesdrop on your data, and you’ll be protected from man-in-the-middle attacks.

Are You Ready To Bear-Owse?

TunnelBear is a rarity in the VPN market. Rather than making a trade-off between privacy and simplicity it chooses both. With pricing options ranging from free to $9.99/month, it is one of the more affordable services on the market.

It is available on most modern operating systems including Android, iOS, Mac, and Windows. There is even a lightweight browser extension for Chrome and Opera. Additionally, you can have up to five devices connected simultaneously.

Sure, TunnelBear does lack manual setup or an option for Linux devices, but that’s because TunnelBear isn’t really for power users — it’s for everyone. Simplicity is the goal and it achieves it.

VPNs are important for protecting your privacy and security, but complexity is a huge roadblock to getting people to use them regularly. TunnelBear’s approach means that anyone, from a digital novice to an experienced user, can use it. This brings easy, affordable privacy and peace-of-mind to users around the world. 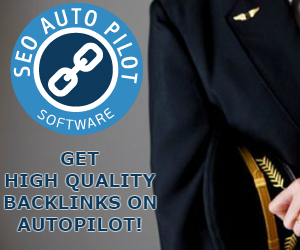